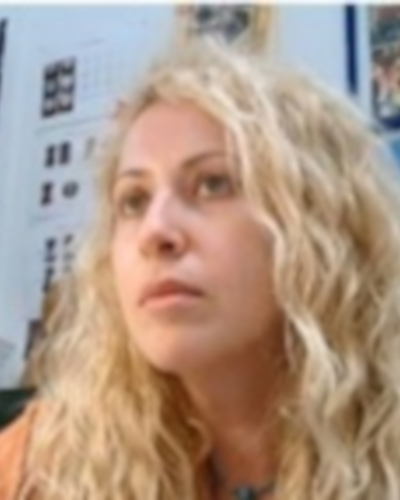 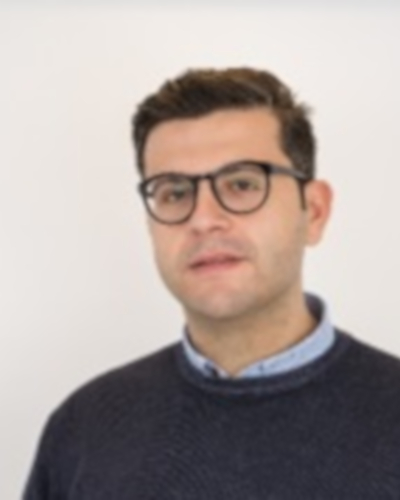 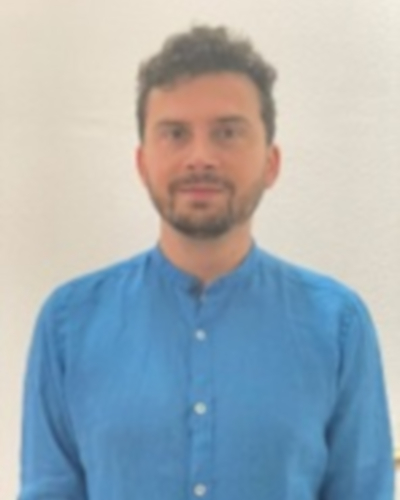 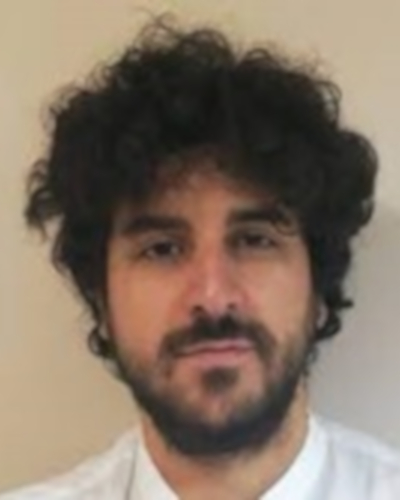 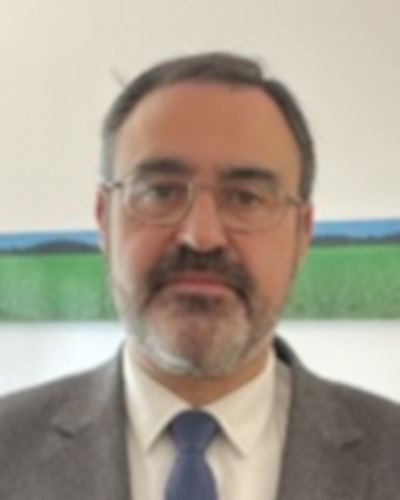 The proposed special session aims to be a solid reference of the technical community to present and discuss the latest results of scientific and technological research for the living environment, with a focus on applications and new trends in Structural Health Monitoring (SHM), also paying special attention to the implementation of mathematical models.

The focus is on, but not limited to, new technologies for the design, construction, and monitoring, but also on innovative solutions based on the IoT paradigm, BIM, sensors, signal processing, data analysis, artificial intelligence, remote sensing, and sensor networks.

In addition, of particular interest in the present session is the creation of mathematical models suitable for simulating the events to be monitored and inducing a decrease in the computational load of the systems themselves. The models, based on partial differential equations (PDEs), genetic algorithms (GAs), reaction-diffusion models, and convective and diffusive propagation effects in a porous medium, have been developed in such a way that they can be used to be integrated into predictive monitoring systems in order to detect the evolution of an event and prevent its occurrence.

Anna Castellano, Ph.D., is Assistant Professor of Solid and Structural Mechanics at Polytechnic University of Bari. She received the master’s degree in “Building Engineering” and the Ph.D. degree in “Mechanics of Solids and Structures” at the Polytechnic University of Bari, Bari, Italy, in 2008 and 2011, respectively. She is Associate Editor of “Journal of Nondestructive Evaluation, Diagnostics and Prognostics of Engineering Systems” (journal of ASME The American Society of Mechanical Engineers), and member of editorial board of international journals. She has received the “Best Paper Award for ASME JNDE 2021” for the research paper “Linear and Nonlinear Ultrasonic Techniques for Monitoring Stress-Induced Damages in Concrete”. She teaches courses on the "mechanics of solids and structures", on the "mechanics of composite materials", on "advanced ultrasonic tests for the mechanical characterization of materials". He is a member of national and international scientific societies. Her research activity concerns the field of solid and structural mechanics, and in particular: experimental mechanics, linear and non-linear ultrasonic approaches, acoustoelasticity, damage mechanics, composite materials, dynamic identification of structures, mechanics of masonry arches and vaults, reinforced masonry structures.

Carmelo Scuro is a Mathematical Physics research at the University of Calabria and works at Physics, Civil Engineering departments and Department of Computer Engineering, Modelling, Electronics and Systems Engineering. He received the master's degree in engineering and architecture and the Ph.D. degree in "science and engineering of the environment construction and energy" at the University of Calabria, Rende, Italy, in 2012 and 2017, respectively. He has authored and co-authored over 95 papers published in international journals and conference proceedings and several book chapters. He is Reviewer of international journals. His current research interests include the analysis of the fracture in the brittle materials through the use of acoustic emissions and structural monitoring systems based on the IoT paradigm, numerical analysis, micro-tomography, 3-D printing, Genetic Algorithm, Math Modeling, PDE and Mathematical Physics.
In 2020 at the international conference Imeko TC – on Metrology for Archeology and Cultural Heritage, he won the ‘Best Paper Presented by a Young Researcher’ award for the design of a sensor based on the implementation of mathematical models for the reduction of the computational burden of the monitoring systems.

Francesco Clementi: Associate professor, his research interests focus on the field of solid and structural mechanics, with a particular interest in masonry, wood, dynamic identification of physical, modal, and damage parameters, structural health monitoring, earthquake engineering, fracture mechanics, composite materials, mathematical model of beams, linear and non-linear dynamics of different structural systems. He is an expert in several numerical approaches starting from the classical finite element to the newest non-smooth contact dynamics methods. Moreover, experimental design, data analysis, and the creation of surrogate models round out the skills.

Domenico Camassa, Ph.D., is Assistant Professor of Solid and Structural Mechanics at Polytechnic University of Bari, Department of Civil Engineering Sciences and Architecture. He received the master’s degree in Building-Architectural Engineering in 2017 and the Ph.D. degree in “Design for Heritage: Knowledge and Landscape” in 2021 both at the Polytechnic University of Bari. He teaches courses on the "mechanics of solids and structures" and on the "dynamic identification of structures by interferometric radar technique". His research interests concern the field of solid and structural mechanics and include structural dynamics, structural health monitoring, nondestructive testing, modal analysis of structures, dynamic characterization of structural damage, mechanics of masonry arches and vaults, wave propagation in solids, ultrasonic tomography, optimization algorithms.

Salvador Ivorra Chorro is a university professor in the area of Continuum Mechanics and Structure Theory at the University of Alicante's Department of Civil Engineering, is a researcher responsible for the research group in structure essay, simulation and modelling. He holds a PhD in Industrial Engineering (Mechanical Engineering) from the Polytechnic University of Valencia and University Specialist in Occupational Risk Prevention by the same university.
His research activity has been focused on the dynamic behaviour of structures and structural reinforcement, and he has devoted an important part of his research to the structures belonging to the historical heritage.
As of November 2021, he has authored 87 scientific articles, 62 of them in JCR-indexed journals, more than 120 papers in congresses, and has directed 17 doctoral theses. He has participated in 29 competitive research projects, 17 as senior researcher, and in more than 200 research and technical assistance contracts with public agencies and private companies. He has been responsible for the coordination of a project financed with €2,000,000 from FEDER funds for the construction of the University of Alicante’s Civil Engineering research laboratory. He is co-inventor of two patents.
According to the Scopus bibliometric analysis between 2002 and 2022, his h index is 27; he is co-author of 167 documents.
He was a lecturer at the Polytechnic University of Valencia's Technical School of Industrial Engineering (1997-2005), where he was secretary of the Department of Continuum Mechanics and Structure Theory (2002-2005). He has been a Visiting Fellow at the University of Bristol (UK) since 2012 and a visiting lecturer at the Polytechnic University of Bari (Italy) in different periods in 2016 and 2017.
At the University of Alicante, he has been deputy director of Civil Engineering from 2006 to 2013. In this period, he was responsible for implementing the new Undergraduate Degree in Civil Engineering and the Master's Degree in Civil Engineering: Roads, Channels and Ports. He has been Deputy Director of the Department of Civil Engineering 2016-2019 and Director in 2019-2020. Between January 2017 and July 2018 he was the Manager of the State R&D Plan in the Construction area in the Ministry of Economy and Competitiveness. Since July 2018 and October 2021 he was the Coordinator of the Subarea of Civil Engineering and Architecture at the State Research Agency.
He was awarded the Teaching Excellence Award by the University of Alicante Social Council in 2010. In 2015, the Kiss Bridge pedestrian footbridge in Pilar de la Horadada (Alicante), which he co-designed, was nominated by the FIB as one of the best concrete works in 2009-2014. In 2002 he co-designed the Polytechnic Tower in Valencia, the highest tower which was completely FRP-developed in Europe in this period. In 2019 he received the prize of the Association of Structural Consultants for the intervention project in the "La Paz" masonry chimney. In 2019 he received the Outstanding or Productive Young Researcher Award from the Latin American Association for Quality Control, Pathology and Construction Recovery (Alconpat).

WITH THE PATRONAGE OF 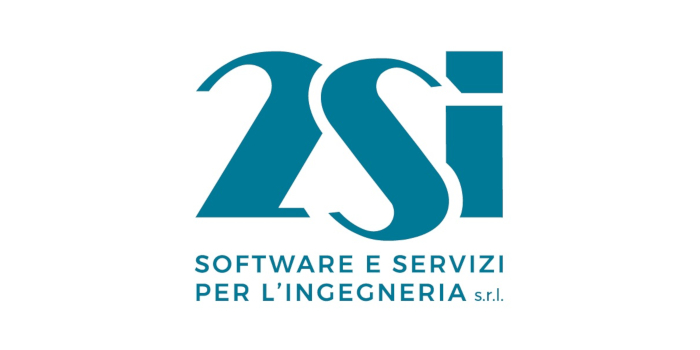